Get Tickets
Close your eyes and you’re there.

You’re there with a few thousand close friends as the house lights suddenly darken, the stage spots flare and two familiar figures walk out to the sound of delirious screams.

With that, Big & Rich prove yet again that nobody rocks the room like they do. Big Kenny in his towering Mad Hatter headgear, John Rich in his trademark black Stetson — together they ignite the night and keep it at full blaze for hours.

Since their triple-Platinum debut album Horse Of A Different Color, Big Kenny and John Rich have kept the faith, ramped up their groove, taken an occasional break for solo projects and come back with both guitars blazing. Their run as the ultimate good-time country music duo continues with Did It For The Party — a title that pretty much tells their story.

It’s all here: Exhilaration and heartbreak cruise hand-in-hand through “California.” “A little George Clinton and a little George Strait” is the recipe for some “Funk In The Country.” The action moves uptown on “No Sleep,” where “Big & Rich’s gonna play” until dawn and probably beyond. Far horizons promise adventure and escape on “The Long Way.” As if there were any doubt, they proclaim “We Came To Rock” with a drive and sing-along chorus that was built to kill. And that girl over there near the bar? The one you’re thinking about feeding a line or buying a drink? Don’t do it — as Kenny and John warn, that ain’t “Smoke In Her Eyes.”

There’s also some things you wouldn’t have heard them do 10 years ago, like “My Son,” a father’s unapologetically direct and tender expression of love. (Both guys have sons, so this one comes from more than one heart.) And what better testimony to love growing through years spent together than “Turns Me On”?

The sound and soul of Did It For The Party, then, is a true milestone: Bigger & Richer than anything these guys have done before while also reflecting the current stages of their lives. Lots of water has coursed down the Cumberland River since Rich made his first national impact with Lonestar and Kenny Alphin’s songs started providing hit material as songwriter for Jason Aldean, Tim McGraw, Gretchen Wilson and other headliners. They would find time to chase other ambitions even after achieving success together: Rich would win The Celebrity Apprentice. Big Kenny involved himself personally in charitable projects, including rescue efforts after the 2010 earthquake in Haiti.

Always, though, they wound up back together. Probably always will.

“These days we spend a lot of energy trying to be great dads and great husbands and take care of our families,” Rich muses. “At the same time, we absolutely destroy stages every time we walk out. It’s kind of of like when those streams cross in Ghostbusters. The results are 10 times as powerful as what we can do on our own. We’re not addition. We’re multiplication!”

“It’s still us doing what we do together because we love to do it,” Kenny adds. “If you look back at all the great things that have happened for John and me, it all started out with us getting together to just have fun. And the Big & Rich party don’t stop!”

They did it for the party. And as always, everyone is invited. 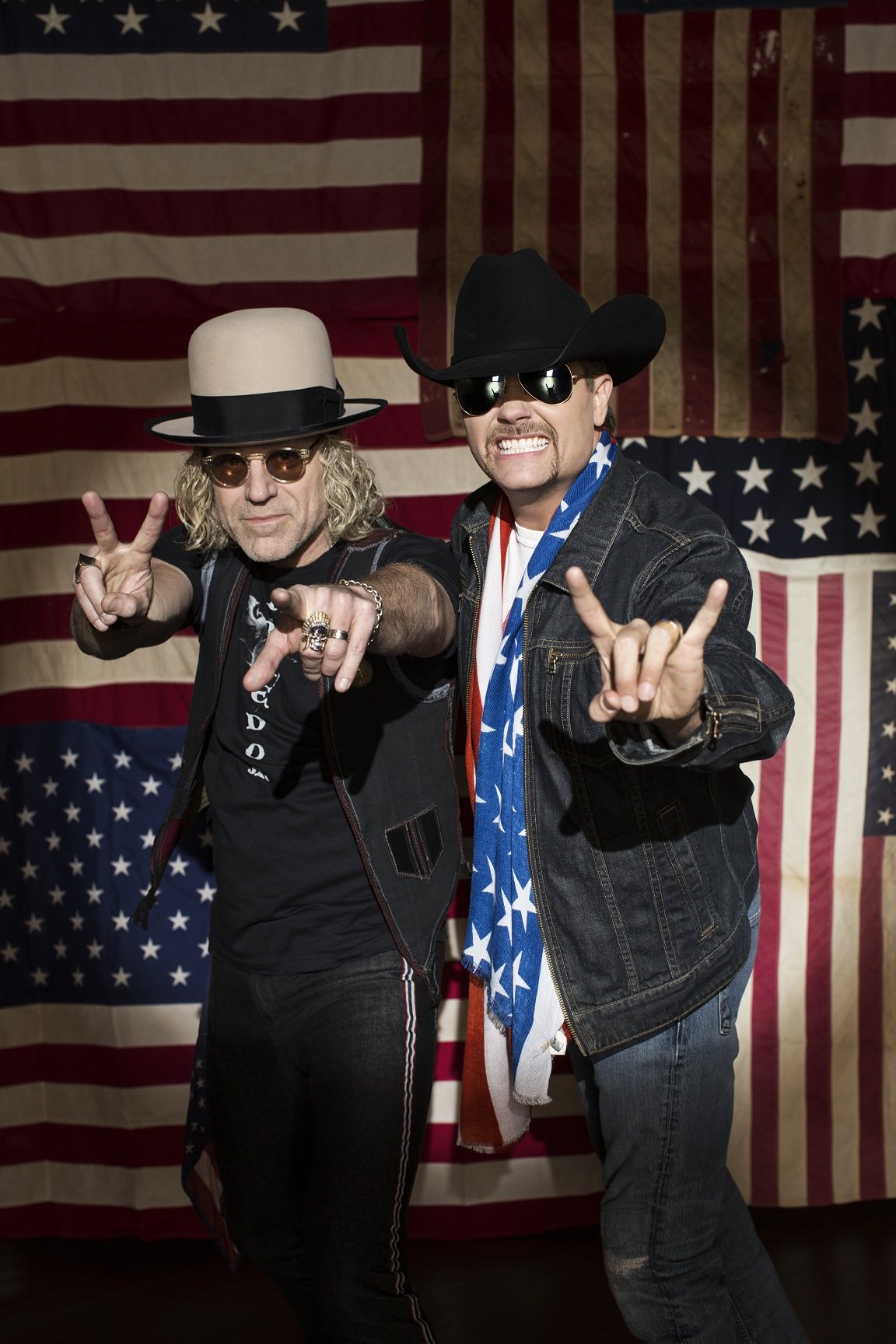